One of the most unfortunate and all too common injuries suffered by motor vehicle victims in Utah is the Traumatic Brain Injury (TBI). A traumatic brain injury is a broad classification of several types of injuries to the brain. These injuries can damage several different regions of the brain, including those which control hearing, vision, and basic motor functions. The extent of damage caused to a victim of a TBI is determined by how and where the injury occurred. Some TBI’s can be minor and heal within weeks, while others are gravely serious and can cause permanent damage or even death. 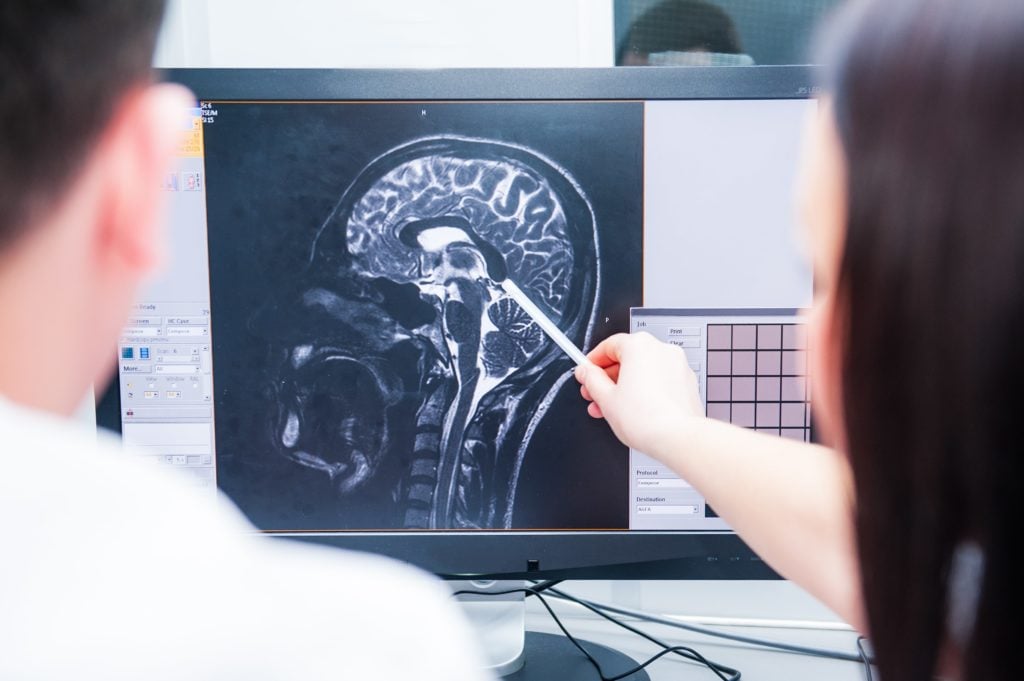 With the assistance of a skilled brain injury attorney, TBI victims may have legal grounds to file an injury claim against those responsible for their injury. If you’ve suffered a TBI in Utah caused by a motor vehicle accident or another type of personal injury incident, the following guide will answer any questions you may have about your injury and your legal options going forward.

What is a Traumatic Brain Injury?

The term Traumatic Brain Injury is used to describe a wide range of injuries caused to the brain. Put simply, virtually any injury caused to the brain which is not resulting from a degenerative disease or an injury you were born is classified as a traumatic brain injury.

The vast majority of traumatic brain injuries are caused by a sudden strike or blow to the heady or body from an outside force. Such injuries might even be caused by a foreign object penetrating the skull. While other TBI’s may even be entirely contained inside of the cranial cavity itself.

Each and every year in the United States over 1.7 million people suffer traumatic brain injuries. Over 20% of these TBI’s are caused in motor vehicle accidents. Out of every state in the country, Massachusetts ranked 1st for TBI-related fatalities per capita, South Dakota ranked last, and Utah fell near the middle of the rankings. Here are additional national and state statistics related to traumatic brain injuries:

These statistics offer a sobering view of the long-term impact traumatic brain injuries have on the lives of victims. Such statistics, however, only offer a glimpse of the painful reality TBI victims along with their families face day in and day out. Due to the brain’s nearly incomprehensible complexity, no two traumatic brain injuries can ever be the same. A TBI is a wholly unique condition for each and every victim.

Different regions of the brain control various functions throughout the body. As such, the precise location of a brain injury often determines both the types of complications a victim experiences and the method of treatment needed for recovery. Each area of the brain functions on such a minute scale that even a shift of a mere inch or two might entirely change the nature and severity of a brain injury.

For example, an injury to the frontal lobe, located near the front of the skull, can dramatically affect brain functions involving memory, attention, and general problem solving. The frontal lobe helps regulate a person’s judgement, emotions, social behavior, and even their impulse control. An injury to this part of the brain, such as a minor crash like a fender-bender, could cause long-term problems for victims. More specifically, there is even difference between injuries caused to the left and right frontal lobes. The right frontal lobe controls non-verbal communication compared to the left lobe which regulates basic language skills and abilities. Unfortunately, the massive size of the frontal lobe easily lends itself to injury.

Another area of the brain which is especially susceptible to injury are the temporal lobes. Both lobes are situated at each the side of the brain on level with the ears. These areas of the brain assist in maintaining memory, both long and short-term. The left temporal lobe relates to verbal memory used in the construction and regular use of language. The right lobe, in comparison, works more with visual memory and the ability to readily recognize and differentiate objects from one another. In addition, both temporal lobes assist in the interpretation of other people’s emotions. An injury to the temporal lobes could have a dramatic impact on memory and the ability to effectively communicate.

The occipital lobe is situated in the back of the brain and processes all visual information captured by the eyes. Primarily, the occipital lobe is responsible for our ability to recognize shapes and to understand just exactly what our eyes are focused upon. Suffering an injury to this area may leave a victim blind or without the ability to identify size or shape.

The cerebellum is located above the brain stem, positioned near the back of the skull. The placement of the cerebellum allows far more protection from trauma than the other lobes. The cerebellum coordinates movement, balance, and equilibrium. An injury to the cerebellum might affect a victim’s ability to walk, stand straight and still, or even the use of their hands.

Seizures: Seizures are the sudden, uncontrolled electrical disturbances in the brain. Seizures can last for mere seconds or for longer periods of time with the victim losing total consciousness and suffering from jerking arms and legs. If a seizure lasts up to five minutes it is considered an acute emergency and should be treated by a medical professional immediately. Post-traumatic epilepsy is when a person suffers multiple seizures for more than a week following the initial injury.

Hydrocephalus: This is a condition where excess fluid amasses in the ventricles deep inside of the brain. Such a dangerous build-up of fluid puts enormous pressure on the brain and if left untreated can cause severe damage and possibly impairment. More serious cases require a shunt to be inserted into the brain in order to allow the excess cerebrospinal fluid to drain. The shunt is typically permanent and will require continued checkups by a doctor for the remainder of a victim’s life.

Meningitis: Meningitis is the inflammation of the membranes and fluid surrounding the brain and spinal cord. Most instances of meningitis are caused by a viral infection. In the case of TBI’s, meningitis can be caused by bacteria introduced into the body potentially causing a rather serious condition. Bacterial meningitis should be immediately treated with an aggressive dose of antibiotics or it could prove fatal within a few days.

In part because of the lengthy recovery period required for most traumatic brain injuries, litigating a TBI injury claim poses a host of unique challenges. Even a mild concussion can cause victims to experience a number of symptoms and difficulties. Due to the hidden nature of TBI’s, with most of the damage occurring inside of the skull, proving the injury can be a difficult task in an Utah courtroom. Only a practiced injury attorney has a chance at conclusively proving an injury beyond actual medical evidence such as a brain scan or other diagnostic imaging. Since a jury is unable to view an actual TBI, such as a broken arm in a cast, they may find it hard to grasp the true connection between the injury and the detrimental impact on the victim’s life. The attorney’s job at this point is to show the negative burden the victim has suffered by providing sufficient evidence and expert testimony.

The most effective way to prove the damage of a traumatic brain injury is through testimony given by expert witnesses. An attorney may call medical professionals to the stand to better interpret health reports so the jury can fully understand them. Family members and personal acquaintances may also provide testimony about the dramatic changes caused to the victim’s behavior and lifestyle. Injury claims involving TBI’s can quickly become complex and in order for a victim to receive maximum compensation for the full amount of their losses, hiring an experienced attorney is an absolute necessity.

Since 1993, The Advocates have established a reputation as one of the top personal injury law firms in the United States. Compared to other personal injury law firms, our experience representing victims of TBI’s is unmatched. Our attorneys know what it takes to build you the best possible case for the injuries and losses you have suffered. The Advocates can help you win just compensation for your traumatic brain injury. Don’t wait to contact one of our attorneys for free evaluation of your case. You can call our office today at (801) 801-0706, by filling out the form below, or you can chat with a live attorney right now from the bottom of your screen. You deserve an Advocate!