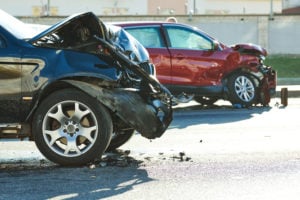 Three people are dead after a car crashed into a ravine in Herriman. According to an article on KSL’s website, police reported that the vehicle had been in the gully for several hours on Sunday when someone saw the car in the ditch. Crews worked Sunday evening to retrieve the three victims from the vehicle. The crash happened along the northern side of Herriman Highway around 7300 West. Police Lt. Cody Stromberg said that all three victims were believed to be adults.

As of the writing of this article, news outlets had still not been able to verify the ages and genders of those involved. Similarly, police officers are still trying to understand the causes of the crash. They also do not know for sure whether anyone else was in the vehicle at the time of the accident. Lt. Stromberg said that there weren’t any other vehicles involved and that the car did not catch fire.

We express our deepest condolences to the family and friends of the victims of this car accident. Because the cause of this accident is unknown, we would only be able to speculate regarding its cause. Every accident is a tragedy. Those accidents that result in death are catastrophic. As we have stated on this blog previously, every reasonable measure and safety precaution should be employed to prevent such accidents. For example, alterations to driving behavior are one of the easiest ways to avoid a collision. Unfortunately, according to The Center for Internet and Society at Stanford Law School, human error is a factor in ninety percent of vehicle crashes. Reducing human error can, therefore, reduce the number and severity of accidents.

Do not misunderstand, this is not meant to imply that the crash that happened over the weekend resulted because of human error. It is entirely possible that a mechanical problem or other reason was to blame.

The accident occurred in an area that is a little more rural and has less development than surrounding areas. Surprisingly, rural accidents are often more deadly than people think, not only in Utah but across the United States. For example, the total fatality rate per 100 million vehicle miles traveled (VMT) was 0.85. In urban areas, this number was 0.63, and in rural areas, it was 1.39. This means that drivers involved in an accident were more likely to be killed in a crash in a rural area than an urban one.

Differences between rural and urban accidents and fatality numbers are partly due to the differences in roads and land usage. For example, the Insurance Institute for Highway Safety points out that only 19 percent of the United States population lives in rural areas and only 30 percent of vehicle miles traveled happen in a rural area. However, more than half of crashes that result in death happen there. One of the main reasons for this is the speed on rural roads.

Speed is one of the most common factors in accidents. According to the National Highway and Traffic Safety Administration (NHTSA), speeding is a factor in 31 percent of all fatal crashes. Generally speaking, rural roads and highways have a higher speed limit. Thus the likelihood of dying because of a speed-related accident is going to be greater in rural areas than in urban areas. We have three simple suggestions to increase your safety while driving on country roads:

Following these three items promotes safer driving for everyone. These are the most common human errors made while driving. If you, or someone you love, have been involved in a rural car accident, call The Advocates Law Firm. We can answer your questions and help you know if you have a good case.