Did you know that nearly 16,000 car accidents occur in the U.S. every day? Even the third smallest state in the nation sees its fair share of motor vehicle crashes. However, knowing the best routes to travel and what the most dangerous roads in Connecticut are can help you and your loved ones get to your destination unharmed.

Neighboring with two major cities on the east coast, Connecticut truly lies in the midst of an urban-industrial complex. A frequented state to cross through, here are 5 of the most dangerous roads in Connecticut you should be mindful of.

What are the 5 Most Dangerous Roads in Connecticut?

A state with only three primary highways and about 110 miles in length east to west, Connecticut is a surprisingly densely populated state.

For residents of the state, it may come as no surprise that both winters and summers in Connecticut can be hectic. Winter roadways are filled with ice, slush, snow and other wet surfaces mixed with oil, whereas summer months consist of teenagers being done school, families traveling to the coast, and drivers passing through, en route to New York or Boston.

Consider the following highways on your next drive through Connecticut: 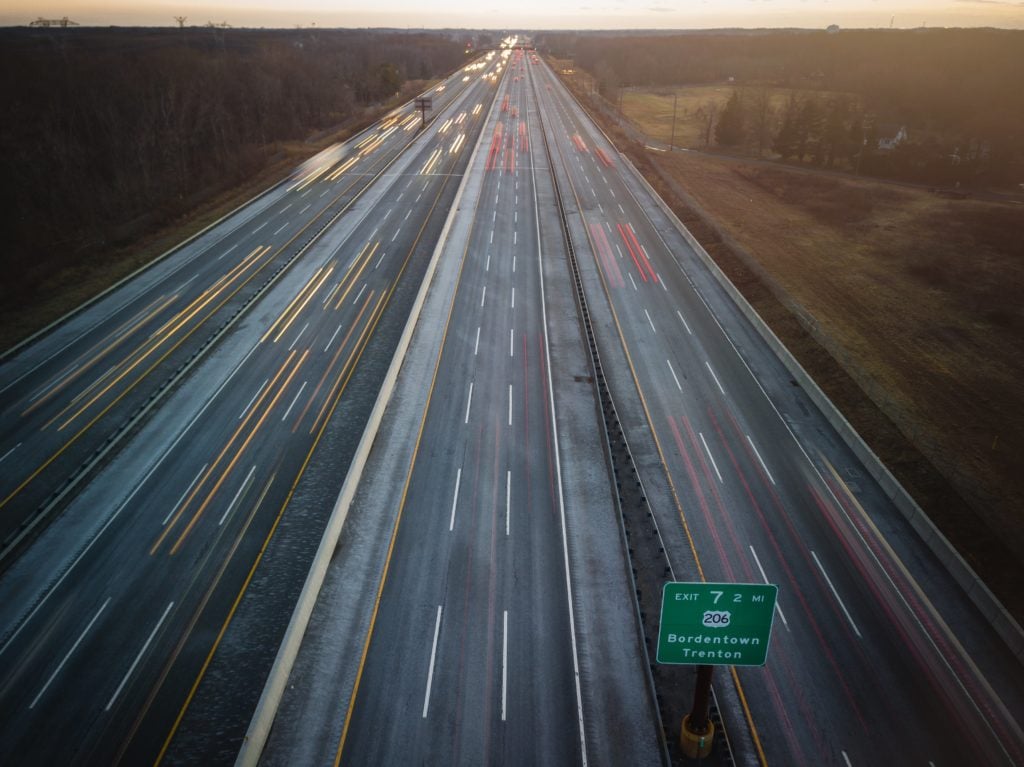 While most roadways in Connecticut are considered dangerous for pedestrians to cross, according to a traffic report from a non-profit agency, Route 1 is the deadliest. Between the years 2011 and 2013, 99 pedestrians were killed on this route, which was a slight increase from previous studies.

There are essentially no sidewalks for pedestrians, yet the highway is planked with crosswalks, indicating that this is a route you can cross. However, even the crosswalks prove untrustworthy since they lack basic crossing signals or lights.

If you plan on driving this route or using the crosswalks on Route 1, be mindful of your surroundings. Winter has proven to be the deadliest time to walk across this highway due to the large snowbanks stacked on the side and the risk of getting struck when walking around them.

John Denver has led the nation through song into believing that country roads offer a serene drive of fond memories and smooth sailing, but he failed to mention the perils of Route 6. Considered one of the deadliest country roads in the continental U.S, if you find yourself driving along this backroad in Connecticut, you may want to think twice.

While this country road may not lead to West Virginia, Route 6 still poses a dangerous threat to drivers with its aging infrastructure and distracted/impaired motorists. If you see a car swerving ahead, follow at a safe distance and report the vehicle if you can.

Interstate 95: Dangerous in Any State

Traversing the entire length of the east coast from north to south, Interstate 95 is a major highway that is dangerous in almost any state. However, I-95 has had a notorious reputation for speeding and traffic congestion throughout southern Connecticut during the winter and summer months.

Contrary to the road conditions down in Miami, I-95 throughout the Nutmeg State is usually blanketed with sheets of ice and snow during the coldest months of the year, thus putting it on our list of most dangerous roads in Connecticut.

Interstate 91: Along the Connecticut River

A road that quite literally divides the state in two, Interstate 91 is the most traversed north-south highway in the state. On our list of most dangerous roads in Connecticut, I-91 starts in the coastal city of New Haven and snakes along the Connecticut River all the way up to Derby Line, Vermont.

A popular local route during the summertime, families often venture to Six Flags or Yale’s campus and the beach using this highway. Unfortunately, traffic, as well as poor road conditions, have led to many serious accidents on I-91. Perhaps a more rural route would be a better fit for you and your family to use.

While rear-end collisions may not be life threatening, they can cause serious injuries to the body. A short north-south route beginning in New Haven and ending on the banks of the Connecticut River just south of Hartford in Glastonbury, Route 17 is notoriously known for its rear-end accidents.

Despite being only 36 miles of interstate in a relatively remote part of Connecticut, this highway has seen its fair share of crashes. When traveling on Route 17, stay alert and drive at a safe distance from the cars in front of you.

When to Call an Attorney – The Advocates

If you were recently injured in a collision by another driver, you should contact our car accident lawyers right away. Cases like yours can be time-sensitive and you may be entitled to compensation for your injuries and losses. The car accident attorneys with The Advocates are here to guide you through the aftermath of being injured in a collision and help you build the strongest injury claim possible.

When working with an Advocate, our goal is to help you focus on recovering while we take care of the rest. We understand just how frustrating it can be dealing with insurance companies and collecting your own medical bills. Your legal team here at our office will take care of all those things for you and negotiate with insurance adjusters on your behalf. Don’t wait to reach out to The Advocates. Call us today at 801-326-0809 or use our Live Chat to speak with an attorney right away.