Teen Drivers are a Real Danger on Utah Roads

There is an epidemic in Utah, and unfortunately for this one there is no vaccine coming. The dangers of teen drivers in the state are well documented. Utah was recently named the ninth most dangerous states for teen driving in the United States. The statistics landing Utah on that list are both tragic and alarming. What behaviors and situations are fueling this disturbing trend and is there anything we can do about it? These questions are a concern for everyone.

What Makes Teen Drivers So Dangerous

The statistics make it perfectly clear that teens simply do not operate a motor vehicle as safely as other drivers. A teen driver in Utah is almost twice as likely to be in a car accident as any other class of drivers. When comparing miles driven, drivers aged 16-19 were three times as likely to be involved in a fatal crash compared to drivers aged twenty and older. The following list summarizes the leading factors contributing to teenage driver crashes in Utah. 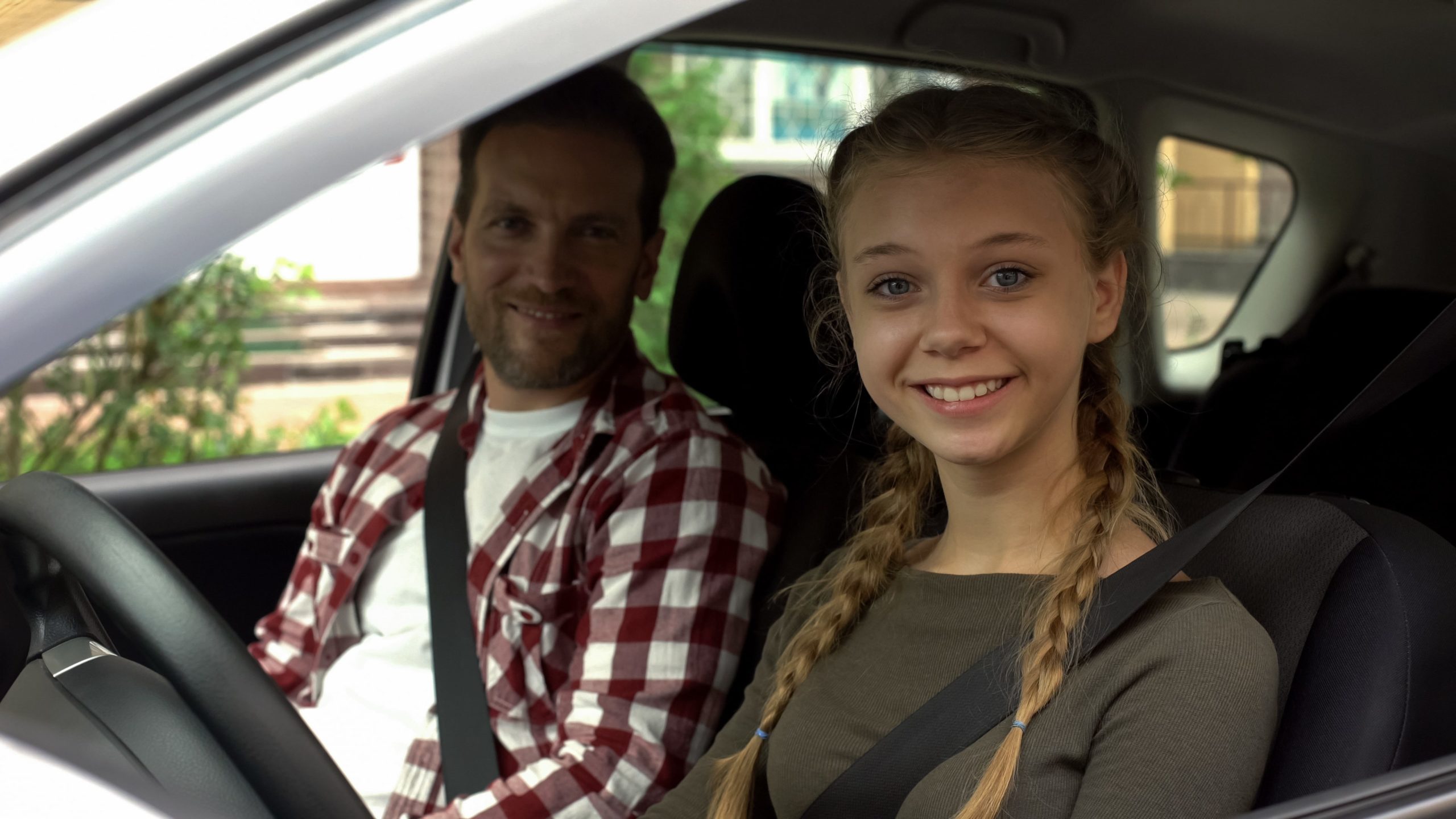 Speeding is an especially dangerous behavior and accounts for one out of three fatal teen accidents. The risk of a crash is particularly high for the first few months on the road for a newly licensed driver. Inexperience certainly plays a role in many of these factors. Teens are less likely to recognize a dangerous situation or underestimate the risk.

Compounding these risks is that when compared to other age groups teenagers have a lower seat belt use rate. Buckling up is still a vital step, especially in preventing fatalities. In 2019, over 40% of high school students reported to the Center for Disease Control (CDC) that they did not always use a seat belt when they were a passenger in a car. In 2019, half of all teenage fatalities in car accidents were unrestrained at the time of the accident.

While the average driver experiences a greater risk of accident on the weekends, teen drivers are most at risk during weekdays with nighttime carrying an added risk. A majority of crashes involving a teenage driver occur between 6pm and 9 pm, with 9 pm to midnight coming a close second. Awareness may play a factor as only 1% of people polled listed night driving as the aspect of teen-driving with which they were most concerned.

Teens Driving Teens is a Recipe for Tragedy

One somber statistic involves teenagers driving with other teens in the car. A teenage passenger in a car driven by a teenager is more likely to suffer a fatal injury because of a car accident than the actual driver of the vehicle. Each added teenage passenger raises the risk for everyone in the car. Little in the way of hard science exists as to the exact nature or cause of this escalating risk. However, the consensus is that teen passengers dramatically contribute to the chance of the driver becoming distracted. Utah law restricts teenage drivers during the first 6 months from having passengers under the age of eighteen who are not immediate family.

The cell phone’s pervasive presence is a mainstay for many of us. While the impact of this ubiquitous accessory on modern life is a hot topic for debate, there is one area where it clearly does not belong. A recent study in Utah showed drivers who use a cellphone while driving are over five times more likely to be involved in a car accident. This is equivalent to same risk as having a blood alcohol level of 0.08 percent, well over the Utah’s legal limit of 0.05 percent. Using a cell phone while driving should elicit the same strong response as someone trying to drive while drunk.

Utah, like all but a few states, have banned texting while driving for all drivers. Despite this ban, 1 in 3 Utah teenage drivers admit to texting while driving, and the CDC reports that 39% of high school drivers admit to texting while driving once a month. Utah has expanded the ban for teenage drivers making it illegal for them to use of any wireless communication device including hands-free cell phones or text messaging devices. These laws do appear to be making some impact. Car accidents for teenagers overall have declined. However, for Utah the number remains alarmingly high.

Alcohol and Drug Use

Drinking any amount of alcohol before driving a motor vehicle increases the chance of having an accident. Both legal and illicit drugs can alter a driver’s motor skills, reflexes, and judgement. Teen drivers face a much higher risk of being involved in a crash than more experienced drivers with a similar level of alcohol or drugs in their system. The Not a Drop Act adopted by Utah emphasizes that drinking, possessing, or attempting to purchase alcohol is illegal before the age of 21. Drivers under the age of twenty-one may not operate a motor vehicle with a detectable level of alcohol in their body.

Getting your driver’s license is a milestone for any teenager. As one of the seminal stepping-stones to adulthood it is fitting that it comes with added responsibilities. Safe driving habits are no accident. Many unspoken rules of the road, common sense ideas, and best practices may not be obvious to the average teenager just starting out behind the wheel. Here are some recommended steps parents can take to help their teenager become a conscientious and safe member of the driving community.

#1 Get Actively Involved in Their Driver Education

This may seem like an obvious step, but it is the single most important thing you can do. This process is too vital to take anything for granted. Driver education programs or driving lessons can help build skills every driver needs. Skills however are not always the culprit when it comes to teenage driving accidents. Cavalier attitudes, decision making skills, and poor judgement often play a significant role. Parents can more readily evaluate and help correct these important mental aspects of driving easier than anyone else. Peer pressure in the teenage years is undeniable, but it is easy to underestimate a parent’s influence.

#2 Get to Know the Local Laws 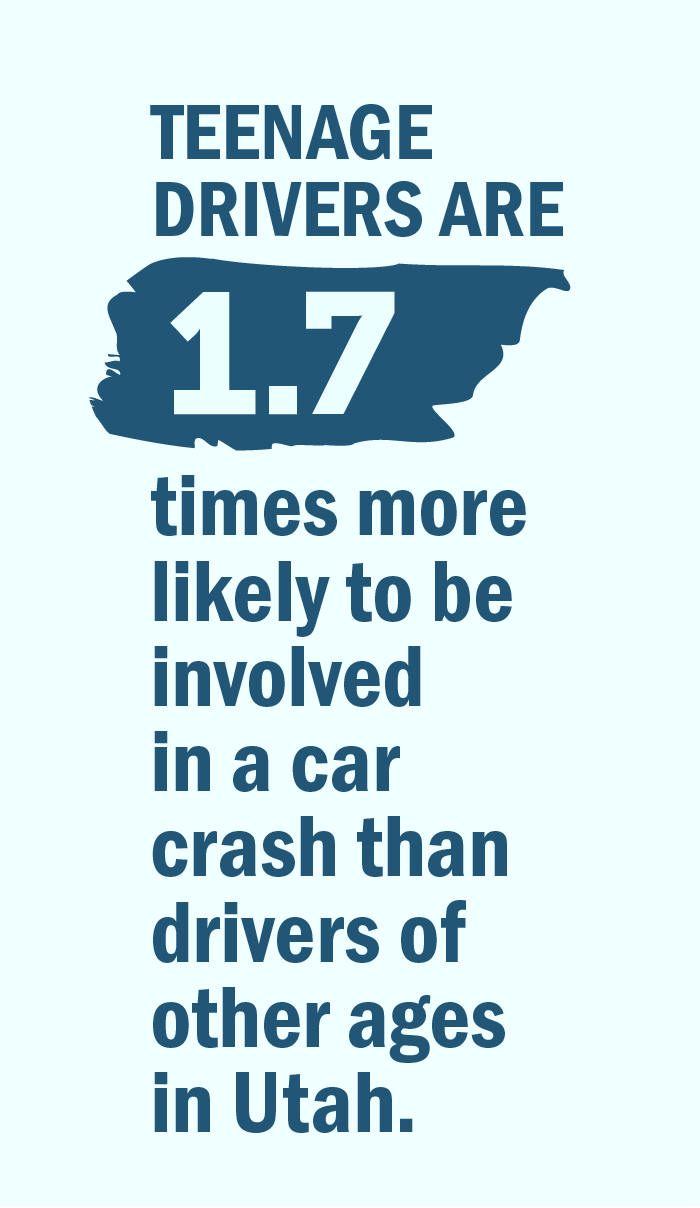 The laws adopted in Utah concerning teenage drivers are a direct attempt to save lives. The Graduated Driver Licensing (GDL) program is a respected and proven strategy for reducing both teen crashes and fatalities. Become familiar with the restrictions placed on teenage drivers and take active steps to ensure that these rules are adhered to. Remember parents are free to impose added restrictions or extend the state restrictions based on circumstance and the individual driver I question. Trust your instincts when it comes to what is best for your teenager and do not be afraid to err on the side of caution. Consider restricting both night driving and passengers beyond the state mandates. These two areas are the most concerning statistically when it comes to fatalities. The Utah Department of Public Safety details the full restrictions for minor and teen drivers here.

#3 Take Your Own Class

Preparing to have a teenage driver in the house is daunting prospect for anyone. Getting a clear idea of the risks they will face is an important first step in the process. The National Safety Council has developed a two-hour internet-based course specifically for parents of teenagers who will be getting their leaner permit of driver’s license. The Alive at 25 Parent Program helps identify the risks teenage drivers will face, reinforces basic driving skills, and promotes good decision-making.

#4 Make a Plan to Practice Together

At a certain point there is really no substitute for getting your feet wet behind the wheel. These early formative experiences not only begin building safe driving skills, but also set up a foundation of what your expectations are. Plan to spread out the practice sessions over at least 6 months. A written plan can help make sure you are giving beginners enough time before including more challenging situations like night driving, heavy traffic, or navigating the freeway. Continuing periodic practice sessions even after they have graduated from a learner’s permit are beneficial to both the driver and the parent’s peace of mind.

You may not realize it, but the actual training of your teenage driver started years ago. How you drive and conduct yourself behind the wheel is one of the most important lessons you can offer your budding driver. Always use seat belts, and do not assume everyone is using their seat belts just because they are in the car. Make it a habit to put distractions completely out of sight. Show how important you feel traffic laws are by obeying them, even if other drivers on the road are being irresponsible. Think about how you want your teenager to act when they are behind the wheel.

#6 Talk About Drugs and Alcohol with Your Teenager

It is almost a certainty that your teenager has already been warned about the dangers of driving while under the influence of alcohol or drugs at some point. Have the talk anyway. You need to make it clear that it is not only illegal but highly dangerous for a teenager to drink or take drugs and drive. Detail what the specific punishment will be for any violation of this rule. Let them know that their safety is your primary concern and offer some concrete options should they find themselves in a compromising position.

With some guidance and oversight this can be a wonderful, albeit nerve-racking, time of growth and accomplishment.

The Advocates have served the people of Utah since 1993 and have helped thousands of injury victims get the compensation they deserve. If you or a loved one has been injured, through no fault of your own, put our unparalleled professionalism to work for you. The car accident lawyers with The Advocates have the resources to go toe-to-toe with big insurance companies on your behalf. Our attorneys are prepared to fight to get you the best possible settlement for your injuries and losses. An attorney from The Advocates is ready to discuss your case today. You can contact our office by calling (801) 693-4207, filling out the form below, or chatting with a live attorney from the bottom of this page or from our homepage. You deserve an Advocate!